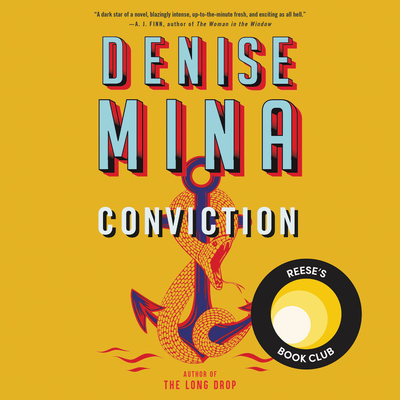 A breathtaking thriller about a wealthy housewife who successfully conceals her dark past until a true-crime podcast and a photo posted on social media send her running across Europe, with a faded rock star by her side and extremely dangerous enemies on her trail.

Anna McLean loves to revel in life's unsavory details. When she's keeping up appearances as an upper-class Edinburgh housewife, there's no better escape than other people's sordid stories retold in true-crime podcasts. Until the day it all falls apart.

A new podcast turns out to have a connection to Anna's own dark past-the secret history she's taken great pains to conceal. Hours later, her husband announces he's leaving her-for her own best friend. And when the best friend's husband-who happens to be former rock star Fin Cohen-shows up on Anna's front stoop, a nosy neighbor plasters their photo all over the internet. Her cover well and truly blown, Anna's only choice is to run-and take Fin along for his own protection.

Reigning queen of Scottish crime fiction Denise Mina deftly weaves the classic thriller elements of a woman with a secret past, an average citizen thrust into a high-stakes international chase, and a cheating spouse, with online life-internet sleuthing, true-crime podcasts, insta-celebrities, and Twitter-to craft a modern, propulsive page-turner like nothing you've read before.